"We don't want to be the Grinch who stole Christmas, just because you're on Santa's naughty watch list," says Senate Majority Leader Mitch McConnell. 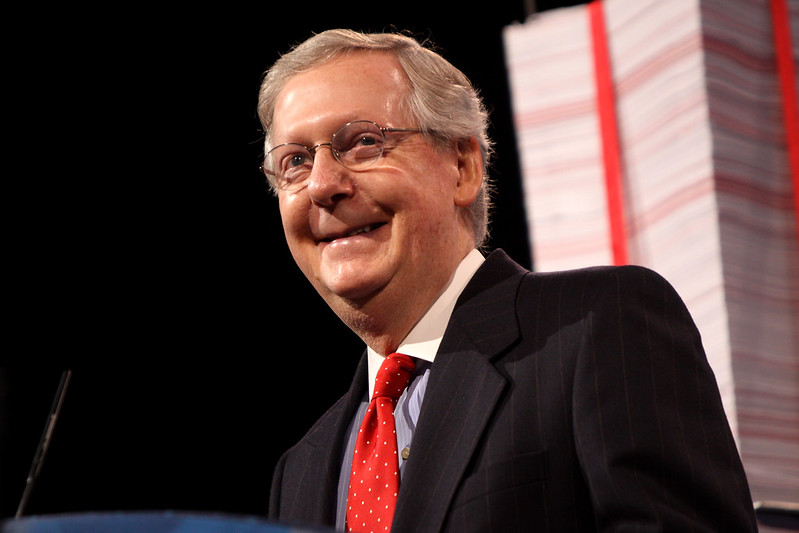 HE U.S. SENATE voted mostly along party lines yesterday to defeat a bill that would have prevented those who are on the terrorist watch list from purchasing guns and other weapons to use against Americans.

Senate Majority Leader Mitch McConnell (R-Ky.), speaking for the majority of Republicans who voted against the bill, said, "It was the right thing to do, especially after 14 people were mowed down by a radicalized man in San Bernardino. We're sending a message that no terrorist bullies are going to sway Republicans from our time-honored principles of trying, until our last breath, to repeal Obamacare and Planned Parenthood."

The senator added that Republicans were acting in the spirit of the holiday season.

"We don't want to be the Grinch who stole Christmas, just because you're on Santa's naughty watch list," said McConnell.

"However, when it comes to Americans receiving health care," he added, "Obamacare is a crime against America that cannot stand! And Planned Parenthood is killing babies before they have time to live at least several years before they or their parents get mowed down in the greatest country on earth!!"

McConnell also set the agenda for all future attempts at passing any form of gun-control legislation through Congress as long as Republicans hold the majority.

"What part of 'Don't hold your breath' don't you understand?" he explained. "Anyway, our docket is completely taken up with repeal activities. It's not like we can change our priorities or find time for anything else. We're not magicians, you know."

However, Senator McConnell did take a few moments to reflect on the carnage of the San Bernardino massacre, saying that he and his fellow Republicans "are, you know, sending our usual: thoughts and prayers, blahblahblah."