Lady Liberty will be moved north this week into nation that still welcomes immigrants of all faiths. 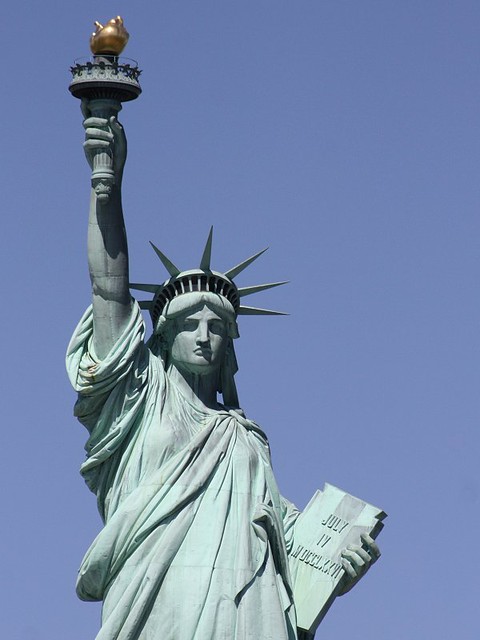 FFICIALS FROM both the United States and Canada have confirmed that the world-renowned beacon of welcome to immigrants around the globe, the Statue of Liberty, will be flown to Canada, where it will remain on "indefinite loan" until such time as the U.S. lifts its Muslim ban and once again admits immigrants of all faiths to its shores.

The colossal sculpture, once a symbol of the United States’ history of assimilating immigrants into the nation's so-called melting pot, will be transported a few hundred miles northwest to one of the Toronto Islands just off the mainland in Lake Ontario, Canada.

There it will serve to symbolize Canada's commitment to all immigrants—whether they are fleeing war-torn nations or fear political persecution—regardless of their religious affiliation.

Canadian Prime Minister Justin Trudeau said, "Our nation is honored to have on loan from the United States the great symbol of hope to immigrants from around the world. We pledge to take loving care of Lady Liberty until such time as our good friend and neighbor to the south once again feels it can live up to her promise."

In response to America's loan to Canada of its 131-year-old symbol of freedom and hope, President Trump tweeted, "Canada is a failing country--terrible hockey team! LL old and in bad shape. Trump Towers a MUCH bigger success than statue tourism for NYC!!"