"Our prayers may soon be answered," says Ryan. 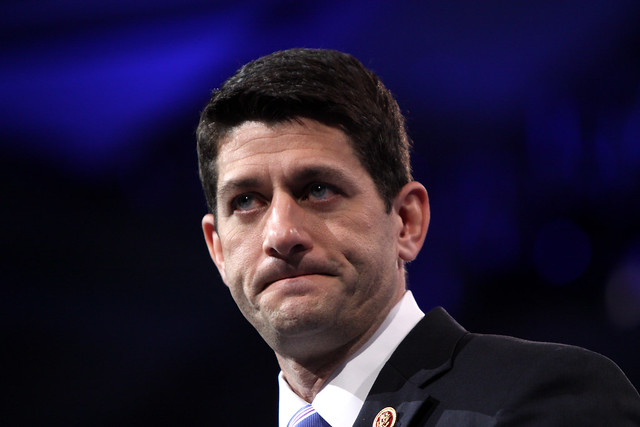 N THE brink of an historic vote in the House of Representatives, America's eight-year nightmare of essential health-care protections for all citizens could soon be over.

House Republicans, led by Speaker Paul Ryan—a tireless advocate for dismantling the Affordable Care Act brick by brick—are very close to flipping votes in favor of repealing the ACA and restoring America's pre-eminent standing in the world as the nation with the highest rate of bankruptcies due to medical costs.

Said Ryan, "Some of our members were experiencing pangs of conscience over this issue. But when I reminded them that we had added a provision to exempt ourselves, our families, and our staff from the provisions we authored, many holdouts were clearly relieved. I'm proud that I was able to help them not vote their conscience."

Ryan expects to hold a vote as early as this evening, "preferably while our constituents are sleeping," to end what he called "this plague of human decency that has taken hold of our great nation" and begin the repeal process of the ACA.

Undaunted by the previous failure of the House even to bring the ACA repeal bill to a vote, the Speaker said his confidence came from "praying diligently, every day, that the Lord would help me unburden Americans from essential health benefits and no lifetime caps."

Asked about this evening's possible vote, Ryan looked upward and said, "Our prayers may soon be answered."

If the vote goes in Republicans' favor, Ryan says he will "followup with God on dismantling Social Security, and also rolling back the plague of alternative energy. There are just so many ugly forms of decency in America left to be undone."